Tristan Wilder, self-made millionaire and devastatingly handsome CEO of Wilder-Nation is on the verge of a very lucrative buyout. With tough negotiations ahead, he’s armed with his acquisition pitch, ready to launch the deal of a lifetime. There’s just one glitch. The last thing he expects is to fall for the hot business owner he’s trying to sway.

Dylan Reeves, computer science engineer and founder of the very successful social media site, Secret, is faced with a life-altering decision. A devoted family man with three kids and a wife, Dylan has been living a secret for years. Fiercely loyal to his convictions, his boundaries blur after meeting the striking owner of the corporation interested in acquiring his company. For the first time in his life, reckless desire consumes him when the gorgeous computer mogul makes an offer he can’t refuse.

The bonus material, Secret Prequel, has been added to the ebook Secret. Click here to learn more.

Now available for a limited time at these retailers.

Natasha is a Book Junkie

BOOKS IN THE Wilder Inc. Collection… 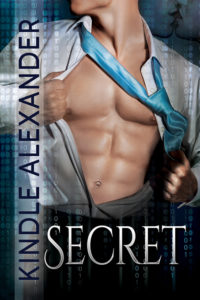 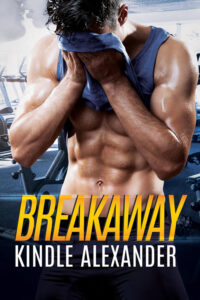 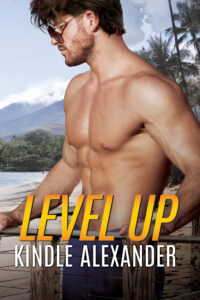 Dylan lifted a hand and stepped inside as the alarm sounded. Tristan was forced to watch as the doors closed, severing that momentary bond he thought he felt. He was proud of himself for not following. His body on the other hand vehemently disagreed. He forced himself to turn around and leave. Those few minutes by the elevator had been intense. He hadn’t realized that while he was under Dylan’s spell. He slowly made his way across the hotel lobby, thinking about that departing look in Dylan’s eyes. It hadn’t been an invitation. Right?

That notion had Tristan faltering at the front door. Had he let Dylan slip through his fingers? No. Right? Not knowing what else to do, he walked out the revolving door and down the front steps to his waiting car. He pivoted on his feet, looking up at the high-rise. He wouldn’t know if he didn’t ask. He went back up the steps and through the turning door, palming his phone to dial Dylan’s cell.

“Hello?” there was a question in that sexy voice.

“Let me come up,” Tristan blurted suddenly into the phone.

“I don’t think that’s a good idea,” Dylan replied. It wasn’t a no, just not a good idea. Okaay.

“Then come home with me. I’ll get you back to your room in time to change before our meeting tomorrow,” Tristan pleaded, and he was met with silence. That had him smiling.

“I won’t push you into anything you don’t want to do. I just want to spend time with you,” Tristan continued.

“Do you have condoms?”

Tristan’s head popped up at that question. Score! And then his smile faded. “Wait, do you?” If Dylan brought condoms, he wasn’t the virgin he claimed to be.

“No, but we can stop. I wanna use them,” Dylan replied. Tristan heard the hotel door shut with a loud thump and started toward the bank of elevators.

“I always do. No problem there,” he assured Dylan.

“I’ll be waiting at the elevators.” Hell yeah, he was having hot Dylan Reeves sex tonight. Damn, that man was sexy. He was amazed at how quickly things were going from good to amazing. Who would have known?