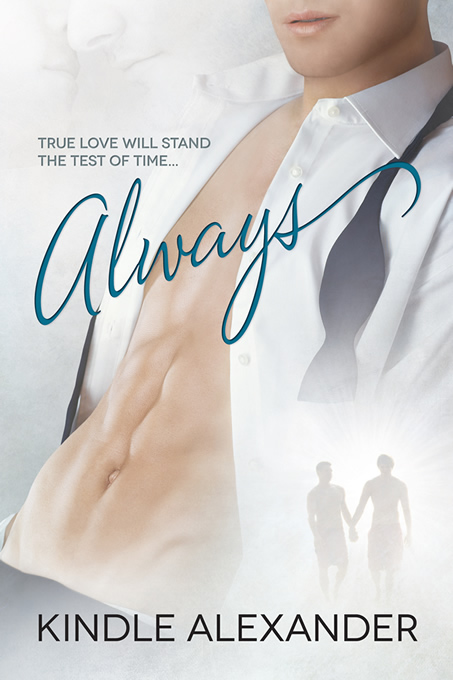 Born to a prestigious political family, Avery Adams plays as hard as he works. The gorgeous, charismatic attorney is used to getting what he wants, even the frequent one-night stands that earn him his well-deserved playboy reputation. When some of the most prominent men in politics suggest he run for senate, Avery decides the time has come to follow in his grandfather’s footsteps. With a strategy in place and the campaign wheels rolling, Avery is ready to jump on the legislative fast track, full steam ahead. But no amount of planning prepares him for the handsome, uptight restaurateur who might derail his political future.

Easy isn’t even in the top thousand words to describe Kane Dalton’s life after his father, a devout Southern Baptist minister, kicks him out of the family home for questioning his sexual orientation. Despite all the rotten tomatoes life throws his way, Kane makes something of himself. Between owning a thriving upscale Italian restaurant in the heart of downtown Minneapolis and managing his long-term boyfriend, his plate is full. He struggles to get past the teachings of his childhood to fully accept his sexuality and rid himself of the doubts brought on by his religious upbringing. The last thing he needs is the yummy, sophisticated, blond-haired distraction sitting at table thirty-four.

Avery and Kane make me believe in the magic of true love because it’s not about magical love brought on by some mysticism. Always is about enduring love which lasts from 33 or 35 in 1975 to the present day some nearly 40 years later. It’s about 40 years of loving the same person while that person loves one right back. That’s forever there. That’s a love story. That’s ‘Always’ to me.
Shandra Torbett

Avery followed closely behind Kane as they made their way down the steps to the wine room. Neither spoke, and he stayed a somewhat respectable distance all the way down. He also gave himself kudos for resisting the urge to lean in and smell Kane’s cologne. What Kane seemed to have no idea of, and yet every other employee in the restaurant seemed to know, was that Markie had given Avery all the information he needed where Kane Dalton was concerned.

Twenty bucks obtained the necessary facts, and for the remainder of the evening, the rest of the waitstaff kept tossing him speculative looks. But it was well worth the price. Kane clearly had created a small, tight knit family among his staff. They sized Avery up, and at some point, must have deemed him worthy based on the kitchen staff he saw giving the thumbs up through a side door window.

Once Markie figured out what was what, he’d actually played with Avery a little. Telling him everything about Kane, except the most important piece of information. Avery paid another twenty to learn Kane was in fact gay. Relief flooded through him like he had never experienced before in his entire life. Fate was a funny creature. Avery could totally see his heart’s desire being stiffly straight. But fate had smiled down on him this time, and now he was more determined than ever to get Kane on board with his plans.

From the time of Markie’s final bit of information to this moment, he had decided to mess with Kane. The man deserved a degree of hell for making him work so hard for the smallest amount of attention. Avery actually began to whistle a tune as they walked the length of the bottom corridor to a set of heavy oak doors obviously leading into the climate controlled wine room.

The room was impressively filled with hundreds of bottles of wine. There were no markings on the walls, no way to understand the organization of the rows, but Kane knew and walked straight to the middle of the back wall, searching the bottles.

It was time to make his move and Avery didn’t hesitate. For three days, he’d thought of little more than this moment. They were finally alone. He came up straight behind Kane, not quite touching him, but close. He lifted his right hand to the wine rack. Kane was an inch or so shorter than him, just enough that Avery could lean in and whisper into his ear. He still hadn’t touched Kane and that cost him. His cock would certainly make him pay for the denial of even the slightest brush.

“Come home with me tonight,” Avery whispered on the exhale, and then breathed Kane in on the inhale. Kane’s scent coated his senses and ran rampant across his soul, settling squarely in his already hard cock. “You have to feel it. I can’t be alone in this.”

When Kane didn’t immediately move away, Avery took the step separating them until his chest was fully pressed against Kane’s back. His dick got the brush it needed and twitched in excitement, begging for more.